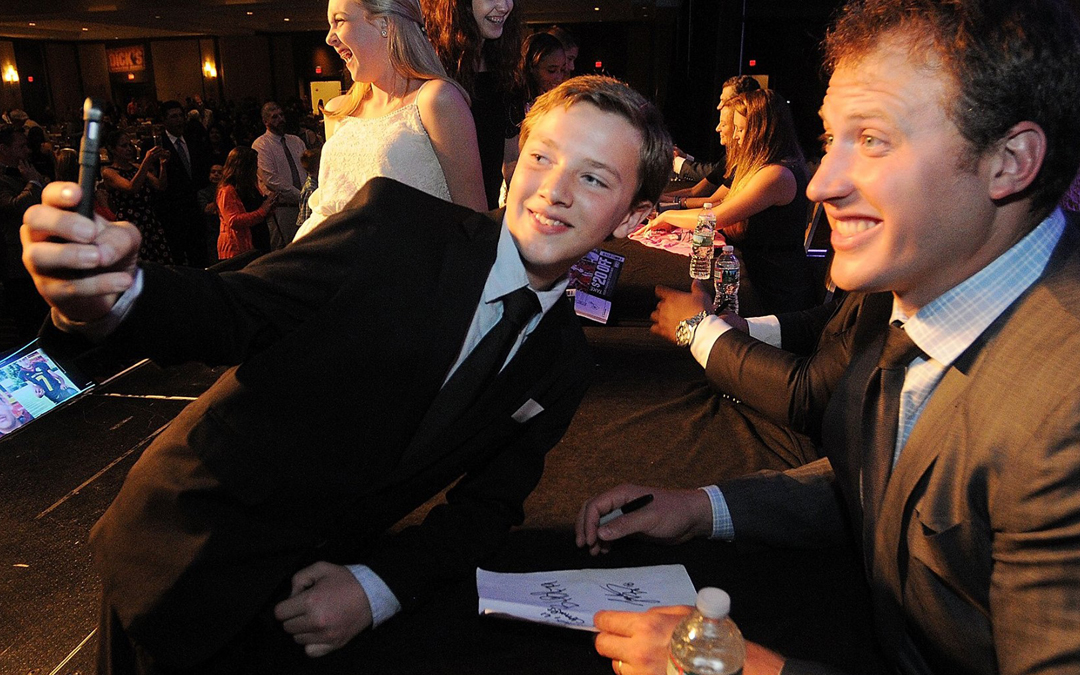 Every so often you have a moment when you can see the things that motivate you, … those things the drive you, inspire you, encourage you. We had one of those moments at the Pop Warner All-American Scholar Banquet in downtown Philadelphia over Memorial Day Weekend. During all that hustle and bustle, it was as if we were standing at the intersection of “what we do” and “why we do.” This was a real-world opportunity for us to see our work building the Pop Warner brand, sponsorships and scholastics in action with the fantastic kids that are Pop Warner Little Scholars.

That Saturday night in a glitzy ballroom in Center City Philly, we watched fifth- through eighth-graders take the stage to be recognized for their outstanding academic work and, perhaps the best part, pick up some college scholarship money to boot. It was such a rewarding moment for everyone involved. It’s one of the unique attributes about Pop Warner. In working with them as our client, we’re easily drawn to their focus on the “scholar” part of scholar-athlete.

Yes, we’re talking about the same Pop Warner that is more likely to be associated with youth football, as well as cheer and dance. On academics, though, this gets to the heart of the Pop Warner mission:

Now you know why the organization’s official name is Pop Warner Little Scholars.

It’s no wonder we didn’t hesitate to take on the task of sponsorship marketing for Pop Warner last year. We’ve been taking a holistic approach to building the corporate partner base across both academics and athletics. Our focus has been on customizing innovative sponsorship programs that deliver reach and year-round exposure, upgrading the event experiences, creating new assets and branded content and driving engaging digital and social promotions.

Through it all, Pop Warner’s emphasis on academics and scholarship contributions is an attractive piece for partners. At this recent banquet, our partners from Dick’s Sporting Goods, Panini America, Rebel Athletic, Riddell, Disney and many more all participated in delivering $100,000 in scholarships to over 100 kids.

We’d be remiss if we didn’t mention there was plenty of celebrity power the All-American Scholar Weekend festivities, including ESPN’s Mike Golic, New England Patriots lineman Nate Solder (pictured above) and other NFL and sports stars that honor the spirit of Pop Warner. You can read more about it here. But make no mistake, it was the kids that stole the show.

To learn how your company can join the Pop Warner team, please visit our corporate partnership site at www.PopWarnerDelivers.com.